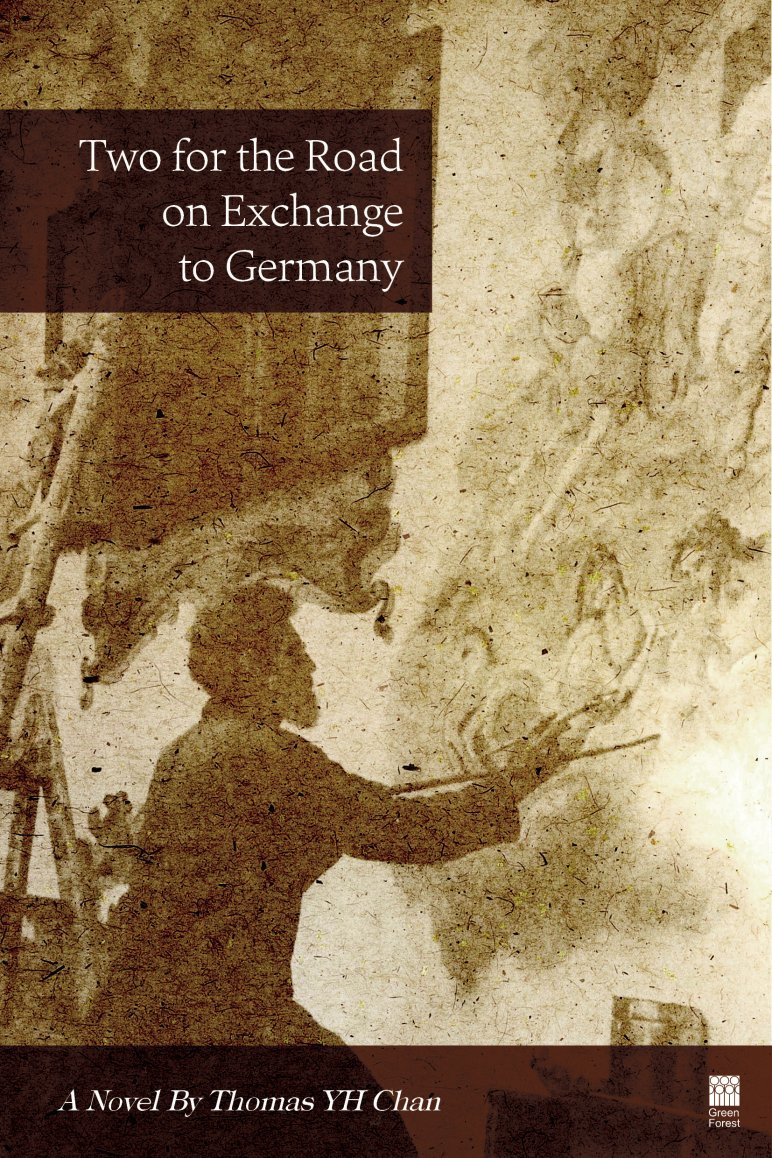 Two for the Road on Exchange to Germany

This is a novel, not a text book, although the reader may like to use some of the content of this book for German language teaching or learning. This is a novel that is intended to serve a dual purpose: For reading pleasure and for picking up and/or boosting one’s existing knowledge of German. The book should be read chapter by chapter, starting from Part I all the way to the end of Part II, as the story and the progression of the language instruction and discussion follow a linear thread.

As far as the story goes, the reader will find the two main characters, William and Becky from Hong Kong, both college students who have just completed their first year of a degree programme and are now on exchange to University of Freiburg in Germany for a semester – August to December, which eventually turns out to be a bit longer, extending to end of February. This is part of an internationalization programme that they are going through and capitalizing on.

On arrival in Germany their first stop is not Freiburg, but Staufen – a small town tucked dreamily away from the main tourist route, about 80 kilometres from Freiburg. Staufen is famous for its beautiful landscape, situated in Schwarzwald (Black Forest, remember the cake?) close to the French and Swiss borders, for its mediaeval atmosphere (nicknamed Faust-Stadt), for its friendly inhabitants and above all for showing the world how a serious attempt to do good may turn into a disaster (more on this as we move along).

Why are William and Becky coming to Staufen, and not going to Freiburg directly? Staufen is the place where their CRASH GERMAN COURSE will be run by the Goethe-Institut there. Staufen is an ideal place for learning German and coming to grips with the basics of the language as they settle in and adapt to the lifestyle and condition there.

We will follow William and Becky in the story, as they sojourn and study at this famous key university in Baden-Württemberg. At Universität Freiburg they will learn and experience a lot about Germany and her culture: music, visual art, architecture, literature, philosophy, science and technology, and of course LIFE in general and the German higher education system and the romantic surrounding countryside. Their firsthand experience will become ours too, and we will master German as we go along.

And it will not just be about Germany either, because William and Becky will take short trips to France, Switzerland and Austria over the weekend and on public holidays, to get to know Europe a bit more within their limited time over there. Naturally, we will go with them to these places too.

As Part II unfolds it will become clear that emphasis is placed on what is called a DIY-Approach to teaching and learning German at a bit more advanced level, which it is hoped that similar or comparable attempts may be made by the reader to intensify his or her grasp of the language in a way that will prove profitable and enjoyable to himself or herself. William and Becky and all the other classmates on the course taught by Frau Frieda, who turns out as the novel progresses to be a very human and understanding if at the same time disciplined and strict teacher, really go out of their way to complete each DIY-task assigned by Frieda.

Naturally, these young people wouldn’t be able to sustain without entertainment or relaxation measures, and the teacher understands this very well. And so they are led to sing evergreen songs in German together with their teacher, who is gradually turning more into a friend than just a teacher and speaks her mind candidly to them on the day just before departure.

This novel has evolved from an earlier version of a novel-textbook that I wrote to help my students to achieve a reasonable grasp of German within a reasonably short time, with relative ease and some pleasure in the learning while evoking a sense of accomplishment in the process. At the same time, I tried to cultivate in my students on the course an appreciation of the culture and arts of the German-speaking countries. I hope to be able to achieve a similar result in this novel. To help the reader to make sense of some of the passages and dialogues in German, a translation of each of these can be found at the Appendix (Anhang) part of the book, in which a pool of useful supplementary learning materials can also be found in the Work Book (Arbeitsheft) for the interested reader to do follow up work.

《Two for the Road on the Exchange to Germany》 攤位分享會