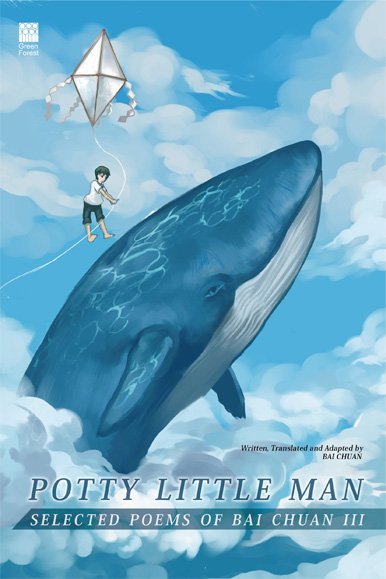 From his court Jupiter keeps staying away,
Missed by fellow gods; Atlas the culprit at large----

Since the appearance of POTTY LITTLE MAN SELECTED POEMS OF BAI CHUAN III (《人渺小：白川詩選三》) in its original native language, there has been a demand for a serious attempt to transform its international outlook into an international readership. In response to this, the present English edition offers not a slavish translation. Instead, there is perhaps a true sense of creative effort, to say nothing of the venture itself being a rich and rewarding experience.