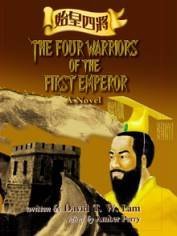 The Four Warriors of the First Emperor

David T.W. Lam
出版社 紅出版
題材分類
語言 英文
出版日期 2007-03-22
頁數 188
國際書號 9789889862428
內文色彩 黑白
尺寸 12cm x 14cm
訂裝 平裝/膠裝
紙書售價 HK$93.00
有存貨 否
購買電子書
載入中...
自取八折優惠
購買任何紙書選「自取」，即親臨本社辦公室付款，即可免運費並享有八折優惠
寄本地免運費優惠
購買任何紙書，只要買滿HKD250，寄本地即可享免運費優惠
運費計算
運費可於購物車查看（先將要買的書加到購物車並選擇「郵寄」和「目的地」）
The book is written against a background when China was divided by 7 kingdoms, each having a king, in the years starting from 246B.C. It was a time when many scholars sprang up with innovative ideologies and theories that had changed the façade of the Chinese culture. The “Yin and Yang” theory and the “Five Elements of Nature” principle were developed in those times, and have become embedded in the Chinese culture and part of the civilization of the Chinese people.
In the end, the Kingdom of Qin had conquered all the 6 other kingdoms, and King Zheng of Qin unified China and declared himself the First Emperor. The First Emperor was ambitious and had a list full of deeds on his agenda. He commenced the construction of the Great Wall. He also defeated the nomadic tribesmen from the north, who posed a threat to the country’s peace and prosperity.
The four warriors were created fictitiously. They possess four different skills that represent the distinct characteristics of the Chinese culture.
This novel is for everyone and for all ages. Those who wish to know more about the Chinese civilization will find the book useful. And those who simply wish to enjoy reading a novel.