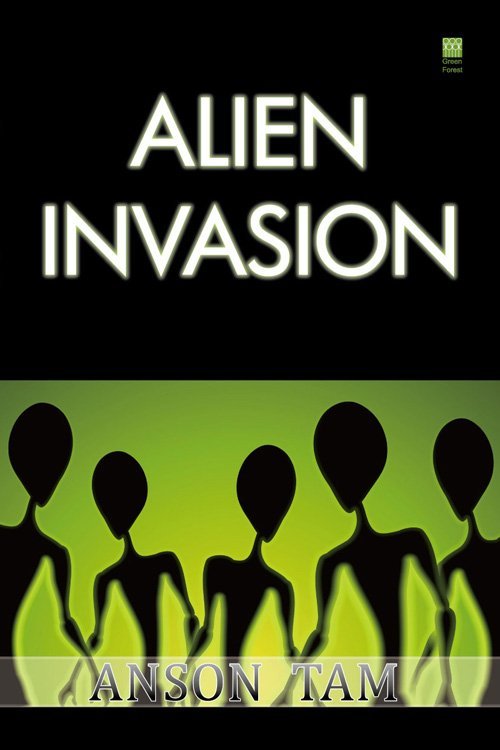 I ran forward and leapt. Some of the burning bricks hit me on the back. I ignored the pain. I pulled out two big sharp knives from my backpack and held it forward. I crashed right into the window. I waved my knives and shouted wildly.
Everything was normal until strange incidents happened upon Anson and Thomas.
A strange bullet
Endless nightmares
The near death of a friend
Suddenly, they found themselves in a world of ruins and aliens, where they were the only ones who could save it.

A 10-year-old boy created his own imaginative literature world, with his belief towards the existence of alien. "I am one of them who say they do. The reason is that I really did see and fought them before," said Anson in the foreword. A boy who insists upon his belief no matter whatever have been said. "I only hope that you will believe me."

"Although I am brave in the story content, I am just a scaredy-cat in the real world. I have a wild imagination and I like thinking of many different things. When you pat on my shoulder and I don’t respond, I am just thinking about something rather not important.

There are only three members in my family. They are father, mother and I. My favourite food is chicken wings and my favourite sport is fencing. I like playing with air- soft guns. My best friends are Michael, Derek, Franco and Ivan Fong. Although you are not mentioned above, I still treat you as a friend.

I began to write stories since I was about six years old. I drew picture books at that time. They are very typical. Then, I began to write stories with many words in them. My first written (not published) book was called Personal Evil. It was about the zombie race and how the character survived through it. After I read it once more after a few years, I thought that the story content was very strange and boring."